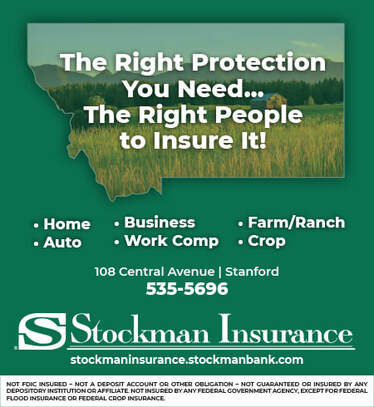 In 1805, the Lewis and Clark Expedition traversed this basin and they noted a very beautiful little river which, legend has it, was named Judith in honor of a sweetheart of one of them.  This was how the Judith River and the Judith Basin got their names.  In succession came the buffalo and Indians, trappers and hunters, miners, cowboys sheepherders, and finally the settlers and the homesteaders.

Judith Basin has several plateaus, or "benches" as the pioneers called them, and so it was that prior to the turn of the century those riders of the open range learned of a very fertile bench where the grass was exceptionally nourishing and fattening for their herds.  Benchland is located in the very center of the already famous Judith Basin.  Due to an unhappy experience some surveyors had with vermin in a herder's shack, a certain small stream, which by spells is very dry or flooded, was named Louse Creek.

Artist C.M. Russell told it differently; he claimed that one day he found a cowboy along the creek pounding the seams of his shirt between two rocks "hoping he might in that way kill a few of the biggest ones."  So we may believe either of the two stories; and the bench which it crosses was thus named Louse Creek Bench.

Before 1910 almost every available homestead tract had been filed upon and the only chance some of the late comers had for homesteading in this area were the few relinquishment filings obtainable.  There were from two to four homestead cabins on every section of land and it was learned, too late for many, that 160 acre tracts were only half enough to be practical for a family unit.  It was in the year 1909 that the State Experimental Farm-Station was located five miles coutheast of Benchland.

Today, while the school is no longer active with residences splitting their choice of schools between Stanford and Hobson, and none of the other buildings mentioned are in existence today, the community of folks who do live there are strong, vigorous and vital.  The Benchland Community Club is still active and many neighbors in the area always appreciate and respect the continuous involvement with these folks.  (from Furrows and Trails in Judith Basin)