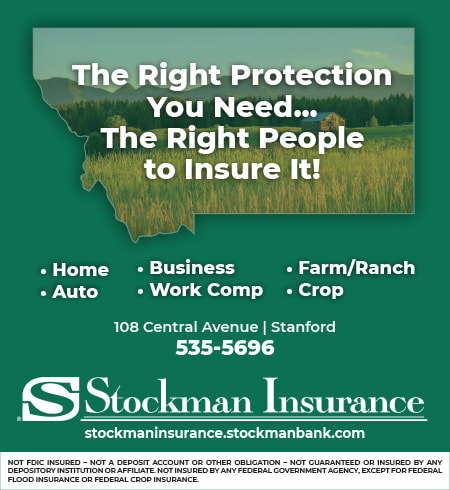 Buffalo is located in Judith Basin County and is almost on the Fergus County line.  It was named for the great shaggy native Montanan that served as a source of food, shelter, and tools for the Plains Indian.

Lewis and Clark, in their journal for July 11, 1806, describe this strange new animal: “A gangue of buffalow…the bulls keep a tremendous roaring we could hear them many miles and there are such numbers of them that there is a continuous roar.”  It seems appropriate that that a settlement in this rich grazing land once filled with buffalo should be named for this first occupant.

The post office was discontinued from 1890 to 1893 and patrons had to go to Ubet for their mail.  But when the Great Northern Railroad extended its line to Billings in 1908, Buffalo came to life again as a railroad station, and the post office was reestablished that year. (from Cheney’s Names on the Face of Montana, Mountain Press Publishing Company).

During the 1920's half of Montana’s banks closed, and today an abandoned bank still stands in Buffalo, a testament to the hard times of the Great Depression.  Many people had little choice but to leave their homes.  Few people live in Buffalo today, but the rolling green hills and rich topsoil in this river valley still support prosperous cattle ranches, dairies, and wheat farms.